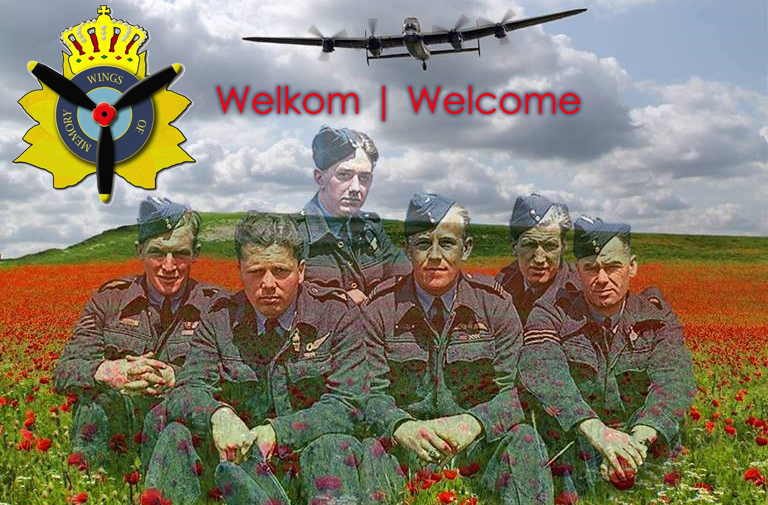 Wings of Memory is founded by a group of people who left the Belgian Aviation History Association in 2010. Some members organised 21 salvages since 1997 of military aircrafts that crashed in Belgium during World War II and who esteemed that not enough was being done to preserve the memory of those dramatic events for future generations. Artefacts that were found or excavated were donated to various museums or were used for diverse restoration projects of “warbirds” all over the world. Books were being written to tell the stories behind the salvages but with reference to the crew members who crashed or their families and relatives, nothing specifically was organised. In 1997, a first monument, dedicated to a Halifax aircraft that crashed, was erected, thus allowing 3 crew members to find their last resting place.

It often requires years of work, research and dedication to organise a commemoration and to erect a monument. Therefore, the founding members of Wings of Memory decided to join forces, by looking at possibilities to combine the salvages with organising a commemoration and erecting a monument to honour aircraft crews who perished, closely involving the families and relatives of the crew members.

Also, very tight bonds have been established with relatives of aircraft crew members around the world. For those people it is important to know that their well-loved family member is not forgotten.

In the meantime, Wings of Memory has established an extensive network of contacts all over the world, allowing to locate relatives of aircraft crews who perished, and it has obtained the support of veteran organisations such as the Royal Air Force Association, the British Legion, les Vieilles Tiges and the ‘Belgische Luchtcomponent’ (Belgian Air Force) for the organisation of commemorations.

Wings of Memory erected monuments for aircrafts that crashed within the area around Geraardsbergen.

Moreover, Wings of Memory makes sure that every year the commemorations occur well-organised and that on Remembrance Day, tribute is duly paid to the aircraft crews who perished.