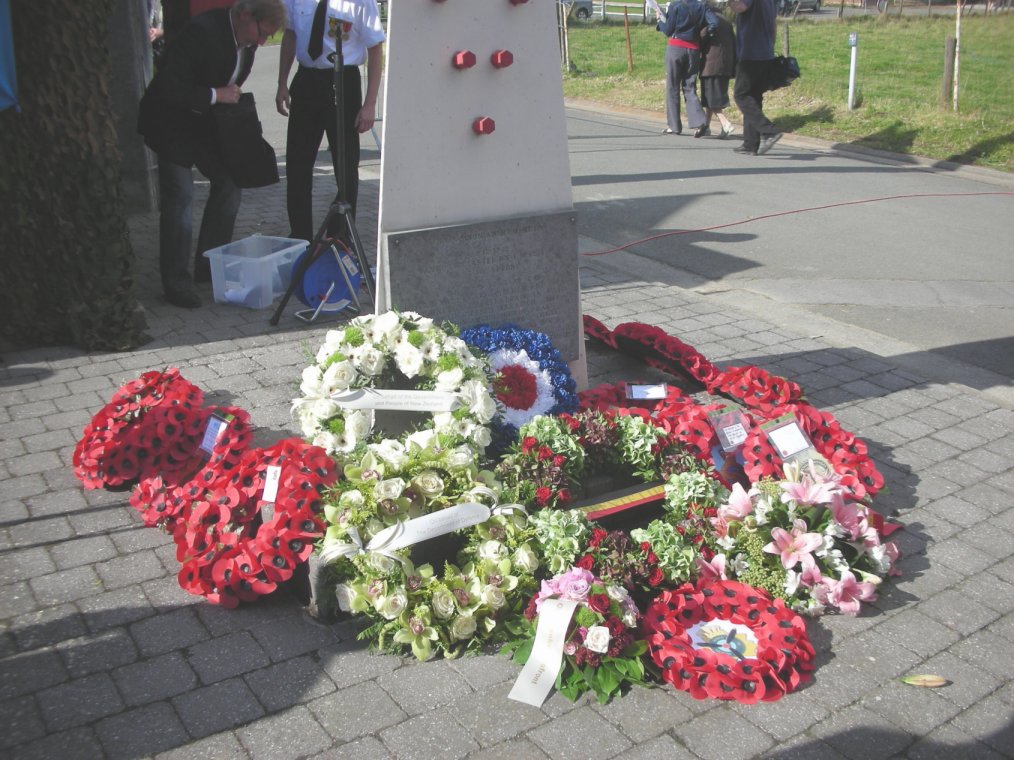 During the longest night of 1942, RAF Bomber Command launched a Lancaster-force of more than one hundred bombers towards the German town of Munich. One of the raiders which took off that evening of December 21, 1942 was Lancaster “DX-P” W4234 of 57 Squadron, stationed in Scampton. “P for Peter” was piloted by 22-year old F/O Ronald Bowles.

The force was detected at about 23.30 ET by the German coastal Freya-radars. It was the sign for the Messerschmitt 110-crews to take off and head toward the skies over Northern France and Belgium. At that stage of the war, these areas were defended by the Gruppen of the Nachtjagdgeschwadern 1 and 4. Several night fighter aces, including Hauptmann Wilhelm Herget (I./NJG 4) and Leutnant Heinz-Wolfgang Schnaufer (II./NJG 1) were searching the skies of that first winter night.Some minutes before midnight the people living in the rural area arround Lierde were awakened by short salvoes of 20mm cannons.

Only a few had the chance to see how a blowing torch roared towards the earth and ended in a tremendous explosion at  the hamlet called Kakebeke at Sint-Maria-Lierde. The load “P-for-Peter” was carrying left no chance to the six airmen  trapped inside. The bomber was one of the fire raisers and held hundreds of 4 lb-incendiary in her bomb bay.It took some time time before the first farmers realised that an airmen was lying wounded further down the road. It was the rear gunner,  Sgt Roden B. Pickford from New Zealand. Shocked and dazed he was taken prisoner, and once the fire was stopped in  the misty morning, the occupying forces took him towards what was found of his dead comrades. Roden had formed a crew with them, which went through some very difficuld raids. Joining 57 Squadron in October 1942, they flew towards Cologne and Stuttgard. Being equipped with the Lanc, they crossed several times the Alps to bomb Turin and Genoa.  There was not much Roden Pickford could do to identify his friends. Skipper Ronald Bowles and his Wop,  Sgt Arthur Abraham, were buried individually at the communal cemetary of Geraardsbergen (SW of Brussels), whilst  navigator F/O Alexander Mulholland (28 yrs.), bomb aimer Sgt Maurice Pearman, mid upper gunner Sgt John Drain (both 20 yrs.) and the Australian flight engineer Sgt Cecil Stubbs were put to rest in a communal grave.

A monument for the crew was inaugurated in 2000. 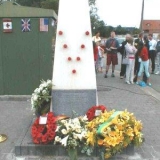 Each year on a day in December close to the anniversary of the crash un short ceremony is held at the monument.

On Saturday September29 2012 the 70th Aniversary of the crash of Lancaster DX-P was commemorated. Representatives of 57 RAF SQN, several RAF Associations, the Ambassador of New-Zealand and other representatives of the Embassies of UK and Australia as well as several military and civil dignitaries attended the memorial. 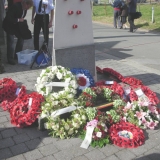 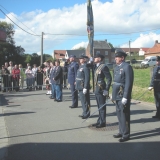 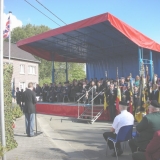 At an Academic session the fatal flight of LAncaster DX-P was reconstruated.