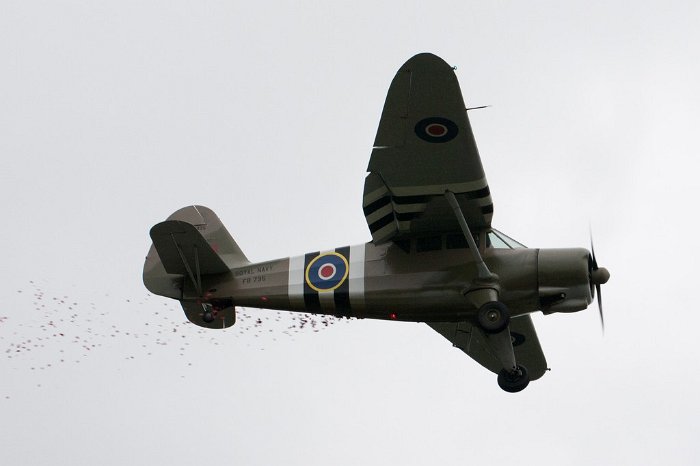 Colonel Remy Van Lierde, DFC & two bars (14 August 1915 – 8 June 1990) was a Belgian pilot who served during World War in the Belgian and British air Forces, shooting down six enemy aircraft and 44 V- 1 flying bombs, and achieving the RAF rank of Squadron Leader. He returned to the Belgian Air Force after the war and went to hold several important commands before retiring in 1968. Van Lierde was born in Overboelare (Geraardsbergen), Belgium. He entered the Aviation Militaire Belge (Belgian Army Air Force) on 16 September 1935. He first trained as an observer, but began pilot training on 1 May 1937, qualifying in April 1938. He was assigned to the 3rd Squadron, 1st Aviation Regiment.

With the rank of Sergeant he made several reconnaissance flights during the German invasion in an Fairey Fox III biplane. He was shot down by flak on 16 May 1940, was wounded and captured. In September 1940, after recovering from his injuries, he left Belgium, crossed occupied France, and entered neutral Spain. He was arrested for illegally crossing the border, and was confined in various Spanish prisons, including the notorious concentration camp at Miranda de Ebro. He escaped and reached England on 22 July 1941. After the standard interrogation by M5 at the London Reception Centre, he joined the Royal Air Force Volunteer Reserve on 5 September. Van Lierde spent three months at No.57 Operational Training Unit at RAF Hawarden, before being assigned to 609 Squadron on 6 January 1942 with the rank of Pilot Officer.

Van Lierde claimed his first victory while flying a Typhoon Ib on 20 January when he shot down a Bf 09-G fighter during a raid on the south coast. On 26 March he shot down a Ju52 transport aircraft while en route to an attack on the German air base at Chièvres. This was witnessed by local inhabitants, including Van Lierde’s wife, who surprised her husband after the war by showing him pieces of wreckage from the aircraft. On 1’ May 1943 he was the first person to drop bombs from a Typhoon, and shot down a He 111 bomber on his return journey. He downed another Bf 109 on 30 July, and on 5 October he shot down a Ju 8 heavy fighter and destroyed another aircraft on the ground. His last victory, a Bf 110 bomber was claimed on 30 November, bringing his score to 6 kills and 1 destroyed on the ground.

Van Lierde was promoted to Flight Lieutenant in September 1943 and on 22 December 1943 was posted to the Central Gunnery School at RAF Sutton Bridge, Lincolnshire, returning to RAF Manston on 7 February 1944.

On 27 April, he was posted to 3 Squadron, flying the Tempest Mk.V, before taking command of No. 164 Squadron on 20 August 1944 with the rank of Squadron Leader, tasked with combating the V-1 offensive. He was credited with shooting down or destroying 44 flying bombs solo, with another 9 shared, making him the second highest-scoring “doodlebug” killer. Van Lierde then led his squadron into Europe during the western campaign. From May 1945 Van Lierde served in 84 Group Support Unit, and as a Belgian Liaison Officer at 2nd Tactical air Force Headquarters. Van Lierde received the Distinguished Flying Cross with two bars.

In August 1945 he was given command of 350 Squadron, an RAF formation of Belgian pilots flying the Spitfire that was eventually transferred to the Belgian Air Force in October 1946. Commissioned into the Belgian Air Force as a Major in June 1946, In 1953 he was  appointed to the Operations Group of Chiefs of Staff. Van Lierde was appointed Aide to the former King Leopold III in September 1953.

Van Lierde died at Lessines on 8 June 1990. An impressive monument was inaugurated on Sep 8 2011. 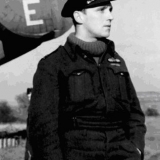 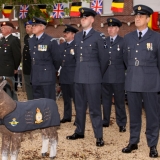 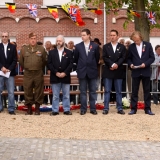 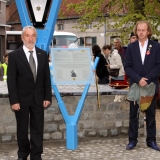 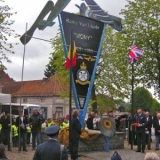 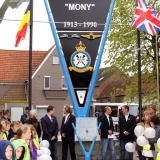 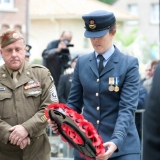 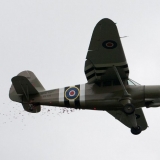 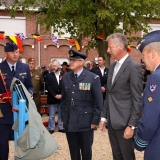