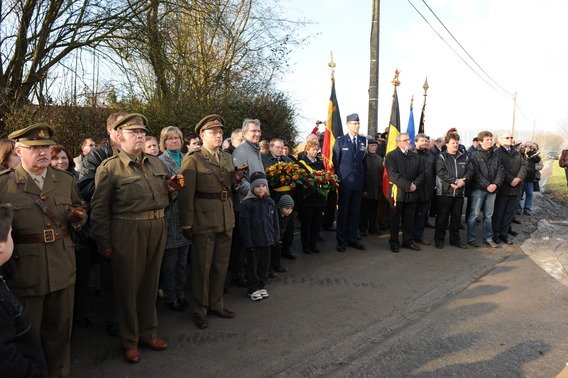 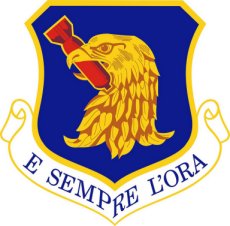 On Saturday, February 6th 2010, it was exactly 65 years ago that an USAF airplane crashlanded in the town of Galmaarden, Belgium.
To remember this event,  a commemorative plate was inaugurated.
This event had been organized by the Town Hall, thanks to Michel Matthijs who did research for many years.
The American Embassy was represented by USAF Colonel McLaughlin.
For over 52 years the rudder of this plane was used as chicken coup…..

The story was that on February 6th 1945, pilot Ernest Haygeman tried to get his crew and airplane,  a B17G (Flying Fortress) 43-38581 of 96 Bombardment Group 413 Bomb Squadron, to the military airport of Brussels.
They just came back from a mission above Germany and they were supposed to fly back to Snetterton Air Force base in England, but they ran out of fuel.
In the end, also Brussels was just a little to far, and the pilot had to make a crashlanding. He landed the airplane in an open field just outside of the Galmaarden tow, close to a farm, inbetween two telephone poles.
The pilot said that he didn’t put the plane safe on the ground, but God did…
All crew members survived, one crew member was WIA, a cut in his hand. 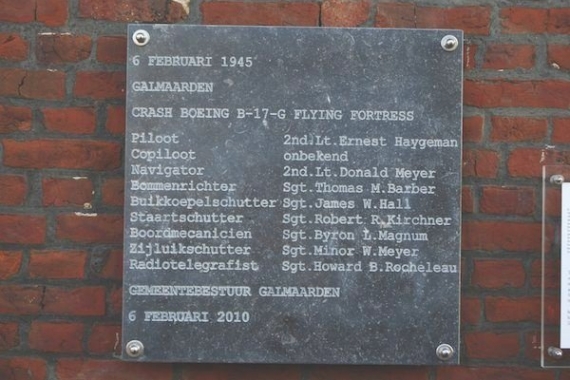 Snetterton Falcon stated that L Haygeman aircraft was involved with terrible weather and forgot their maps showing secondary area.  Bombs were dropped but they had terrible winds and the B17 was forced to drop out of formation with 3 engines. They made emergency landing near Brussels and this area had been liberated recently liberated.  Crew was returned to Snetterton and the crew flew 28 missions in A/C 232.
They were later assigned to 44-6232 nicknamed Fellowship. Haygman  listed with the New Crew  Janurary 1945 with the following crewmen. Only the Navigator mentioned in book by name but since crews were often changed the best way to confirm crew on this mission is to get a copy of the Interrogation Form or the Load list from records kept at NARA II in College Park Maryland. Haygeman landed in a field in the British Sector with the wheels down. Taken to Brussels and the next day taken back to Snetterton.

On Saturday, February 6th 2010 a commemorative plate was inaugurated.