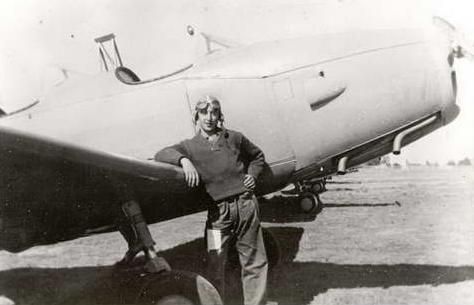 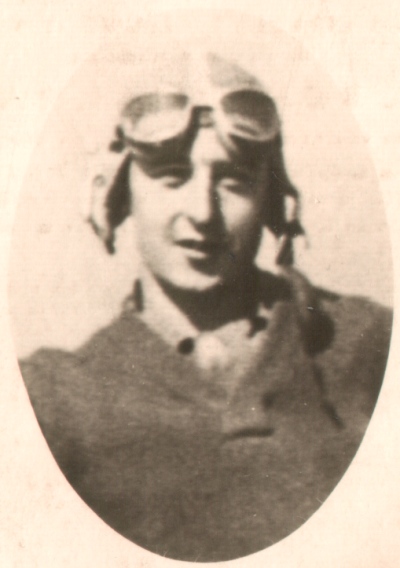 Gilbert was born in Central Falls, Rhode Island on 07/07/1919.   His father Albert Malrait was from Ronse (Belgium) and his mother Anna Ellen Bradley was from Blackburn, England. Gilbert’s father, Albert, emigrated to the U.S. on April 20, 1909 through Liverpool on the ship SS Ivernia.

On October 24,1940 he joined the army in Providence RI and was assigned to the medical service. His military serial number was 11011541.

In 1942, he was a candidate for pilot training. He did nine weeks of basic training on a Fairchild PT-19 A Cornell. This was on the same base where he took his navigator training. After this instruction, he was selected for training to become a navigator. This was a logical choice because Gilbert was very good in mathematics and had been interested in astronomy from a young age. This was a very exciting and eventful time for a young man who loved adventure. He began training at the Army Air Force’s Advanced Navigation School at Selman Field Louisiana Monroe. This was the only base where the entire training could be taken at one location during the Second World War.

Gilbert Malrait was in class 43-5 FLIGHT 67, received his navigator wings and was promoted to 2nd Lieutenant on 10 April 1943. Gilbert and the Bolick crew were at Davis-Monthan Field when they were ordered to the 392nd BG. There he was assigned to the Bolick crew, nr 39-4-69. On May 4,1943.
The 392nd BG was located at Army Air Base, Alamogordo, New Mexico. The group consisted of the 576th, 577th, 578th and 579th Squadron. The group was moved to England in August 1943 and was assigned to the Eighth Air Force at Wendling Air Base in East England. Here Gilbert was assigned to the 719th squadron of the 449th Bomb Group. On 6th September 1943 the 449th Bomb Group was again relocated, this time to Bruning Army Air Field, Nebraska.

At Bruning the 449th was equipped with some 61 B-24 aircraft.  Each aircraft required a crew of 10 men. Gilbert was assigned to the Thieme Crew 9-12-D as navigator.

2LT Malrait flew probebly +/- 20 missions with the Thieme crew and the final mission #40 on 04/04/1944 was fatal. The B-24 was hit by flak and enemy fighters and crashed in flames near Bucharest at the vicinity of Baneasa in the Vlasca province (Romania), the B24 crashed on the territory of the community of Melete. Gilbert was buried together with the other crew members in a civil cemetery in Giurgiu, Rumania on the 5 April 1944. Some time later the body was exhumed by the American Graves Registration Service and reburied at the Ardennes American Cemetery at Neuville-en-Condroz (Belgium) and buried in Plot T, Row 9, Grave 208 on Dec 21, 1946 at 11:00 AM still as “Unknown X-4402”. 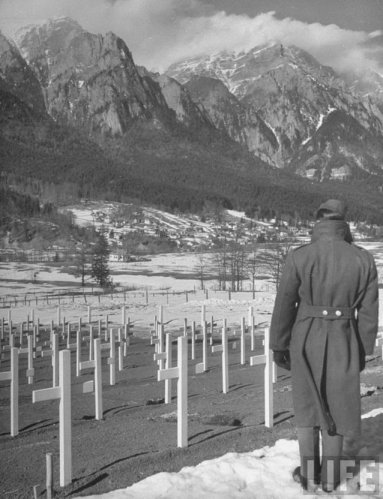 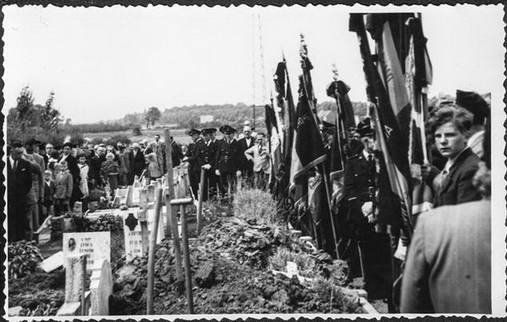 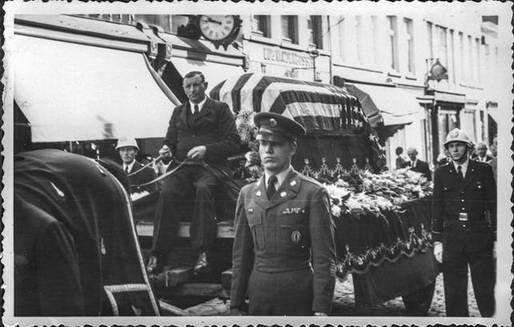 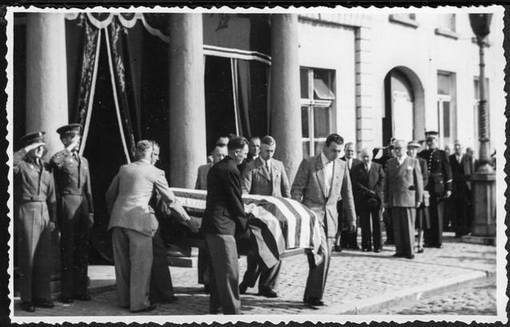 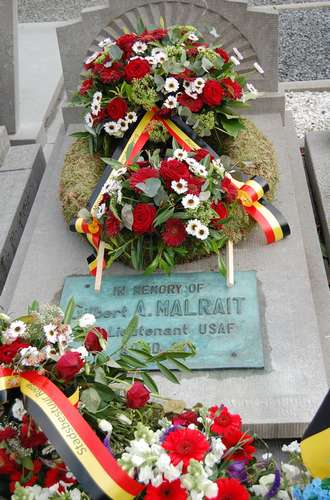 On November 18, 1948 the remains were once again disinterred and moved back to a central identification laboratory for final identification of each individual body. On December 1, 1949 “Unknown X-4402” was definitively identified as 2LT Gilbert Malrait after examination of the teeth. On 13 February 1950, the City counsil of Ronse approved the burial of 2LT Malrait in the the Municipal cemetery beside the heroes of WWII. On August 18, 1950 the body was transferred to Ronse (Belgium) on demand of the father of Gilbert, and burried at the Old Cemetery of Ronse on August 20 1950.