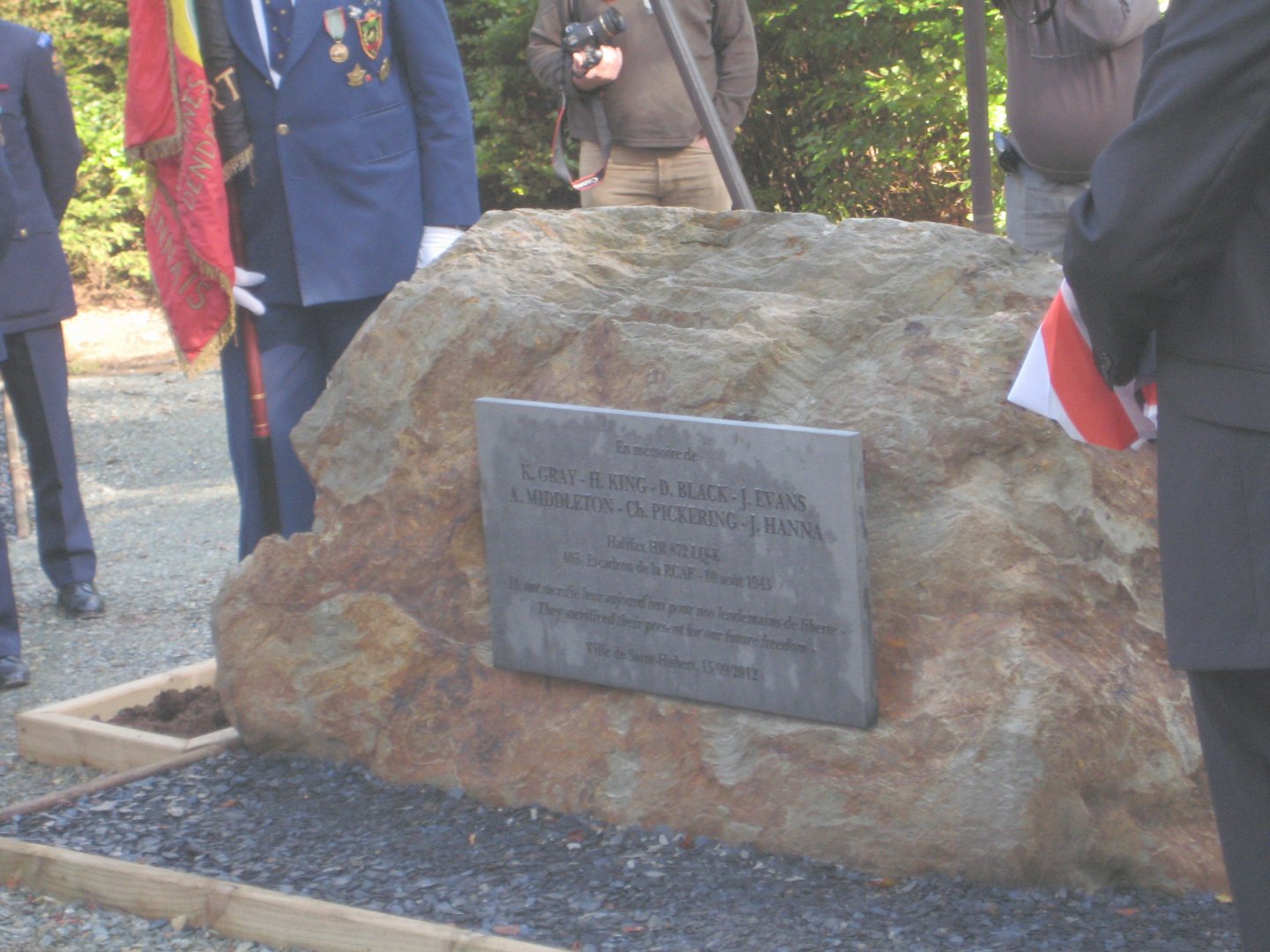 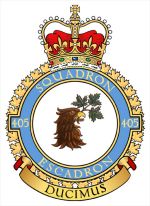 Members of the 405 Squadron of the 14th Wing Greenwood (Nova Scotia) of the RCAF and Fred Davies a war veteran of the Second World War gathered in Belgium on September 15th to honour the crew of a bomber type Halifax who was shot down in 1943. 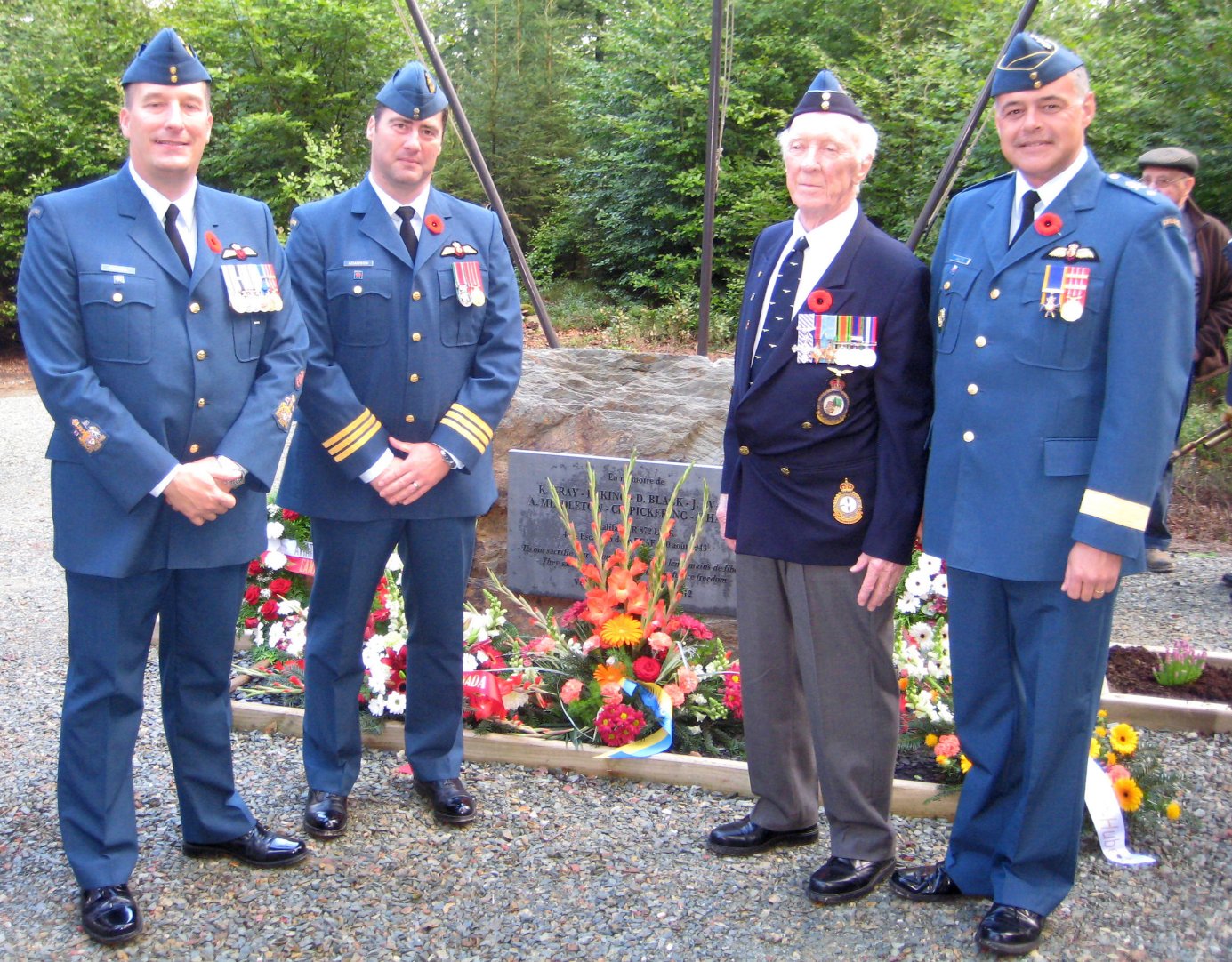 Mr Davies who is 89 years old was a member of the 405th Squadron during WWII.

They participated at the unveiling of a commemorative monument in Saint-Hubert (Belgium) dedicated to the memory of the bomber who was shot down on August 10th, 1943 above Arwenne, not so far from there. Canadian and Belgian dignitaries and members of the local community who organised this initiative were also present.

The Halifax with number HR872 of the 405th Squadron was based at Gransden Lodge (Great Britain) and participated in a bombing raid above Mannheim (Germany) when it was shot down by a twin engine Messerschmitt BF1104G piloted by Lieutenant Norbert Pietrek of the Luftwaffe.

Lieutenant Colonel Mike Adamson, commander and Mario Roussel, Chief Warrant Officer of the Squadron represented the actual 405th Squadron. Brigadier General Perry Matte, the ancient commander of the 405th Squadron who is actually Director of Strategic Planification of the SHAPE was also present.

Hereby you find the crew members of the Halifax who was shot down:

The crew members were buried at the cemetery of Florennes situated at 22 km south of Charleroi (Belgium).