Restoration of Monument of Georges Nelis 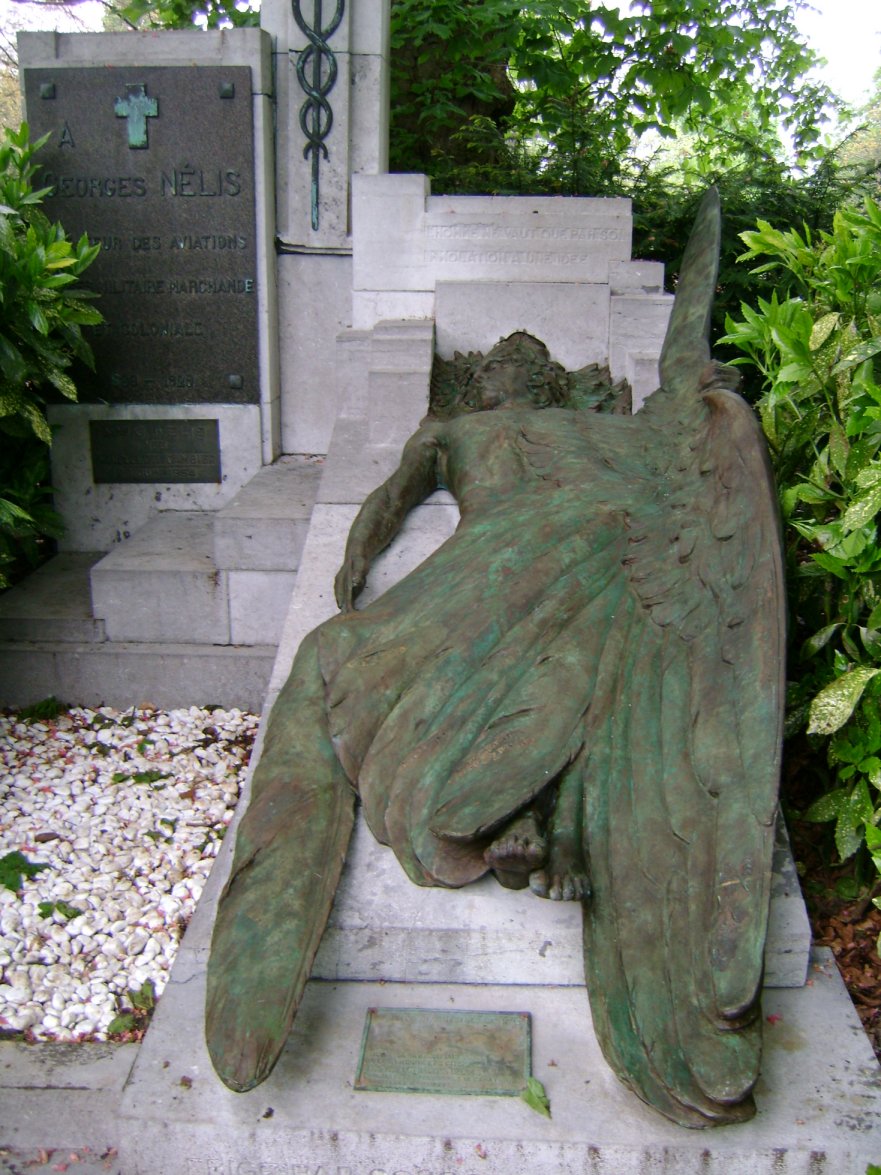 George Nélis (Halle, May 22nd 1886 – Elsene, March 2nd 1929) was a Belgian aviator pioneer. He was the first Belgian soldier with a military flying licence.
He was also the founder and director of Sabena, Sneta and SABCA and is therefore known as “the Father of Belgian Air Force”. 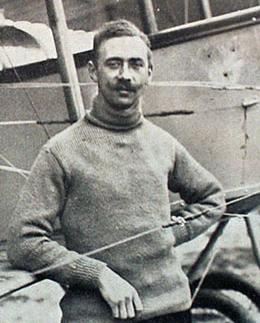 After high school he chose for a military career. During his training at the military academy in 1904 he was noticed for his scientific and mathematical skills by  General Leman who  took him under his wings. Nélis is the only officer who was a candidate to be trained as a pilot at the Genie. On October 3rd 1910 he is promoted to 1st candidate aviator. At that time General Joseph Hellebaut orders the “Compagnies des Ouvriers et d’Aérostiers du Génie” to start an aviation school and to purchase an airplane. The airplane, a Farman HF3 is bought in France where Nélis is taught how the plane and the motor work. Once he gets back in Belgium he gets his licence at the aviation school of Jules de Laminne on December 21st, 1910. He is then the first Belgian pilot with a military licence. Early 1911 the first Belgian military airfield is started in Brasschaat. 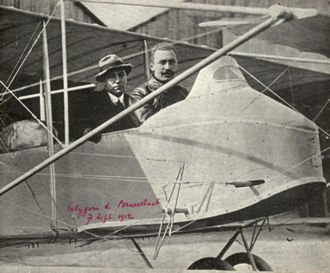 Georges Nelis and Victor Boin in 1912

At the beginning of the first WW Nélis is nominated as Commander of the Technical Service and is responsible for the maintenance of the planes. The maintenance is being done by the Antwerp Company Bollekens, who delivered also a large number of airplanes for the air force.
The Technical Service and in fact the whole air force had a shortage of spare parts and new airplanes. They can only get these in France. Nélis decides to build some proper planes, based on the Farman’s. He built 6 airplanes (GN1 until GN6) with the help of Lt. Mathieu Demonty and Bollekens. After the war Nélis  and the Technical Service have their working place on the abandoned airfield of Evere. On January 15, 1919 he publishes his views on the future of the Belgian air force under the title “L’expansion Belge par l’aviation” (The Belgian expansion by air). Nélis prefaces a big role for the civilian air force, which is then a very modern thought. He was also convinced that the air force had to be independent of foreign deliveries. 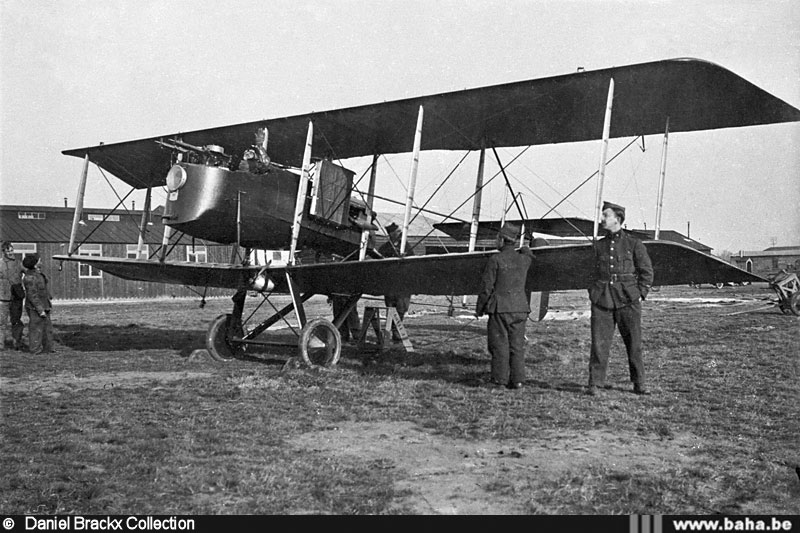 The conviction of Nélis to establish an independent air force industry leads in 1921 to the establishment of SABCA. There had been decided that every order to build an airplane for the air force and for Sabena had to be built by SABCA. This decision and the history of Nélis and Bollekens leads to the following critics. Due to the abolishment of the contract with Bollekens, a lot of qualified personnel will be forced to use their qualities abroad. SABCA was not able to produce their own projects which would out due the concurrence. The army and SABENA had to seek their airplanes by foreign constructors. They were however obliged to buy their materials at SABCA, who had to buy licenses from foreign airplanes, what made them more expensive than if they were directly bought abroad. In 1924 Nélis becomes director from SOCTA and CAB.SOTCA is an air company specialized in the transport of pigeons and CAB is specialized in air photography. In 1928 Nélis becomes ill, he is than only 43 years old. In March 1929 he dies in Ixelles and a year later he gets a mausoleum on the cemetery of Evere. 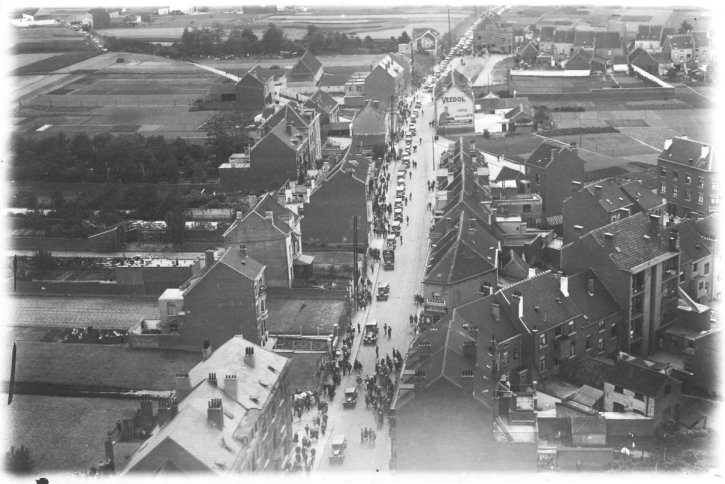 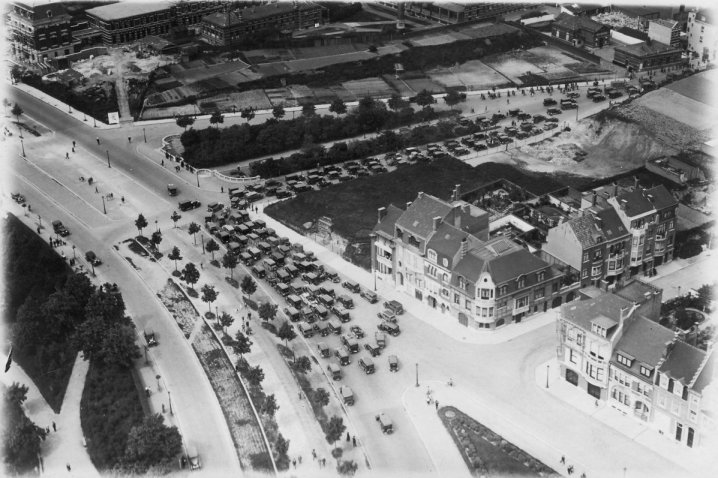 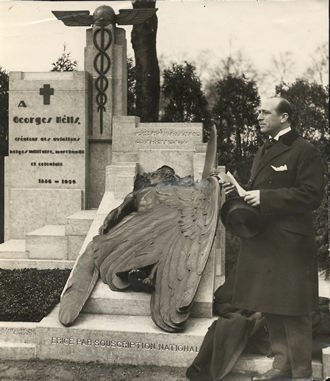 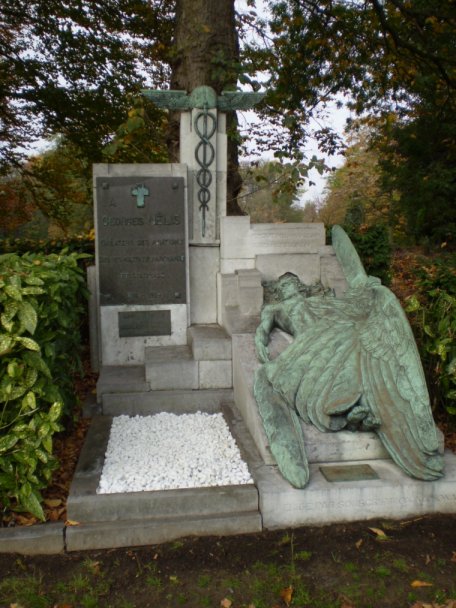 On February 2nd 2011 the bronze statue of the mausoleum is stolen. In August the severely damaged statue is found and the thieves are arrested. The statue is then transported to the Kwartier Maj. Housiau in Peutie where the Gent artist Frank Lieiefooghe checks it in detail and decides that it can eventually being repaired. 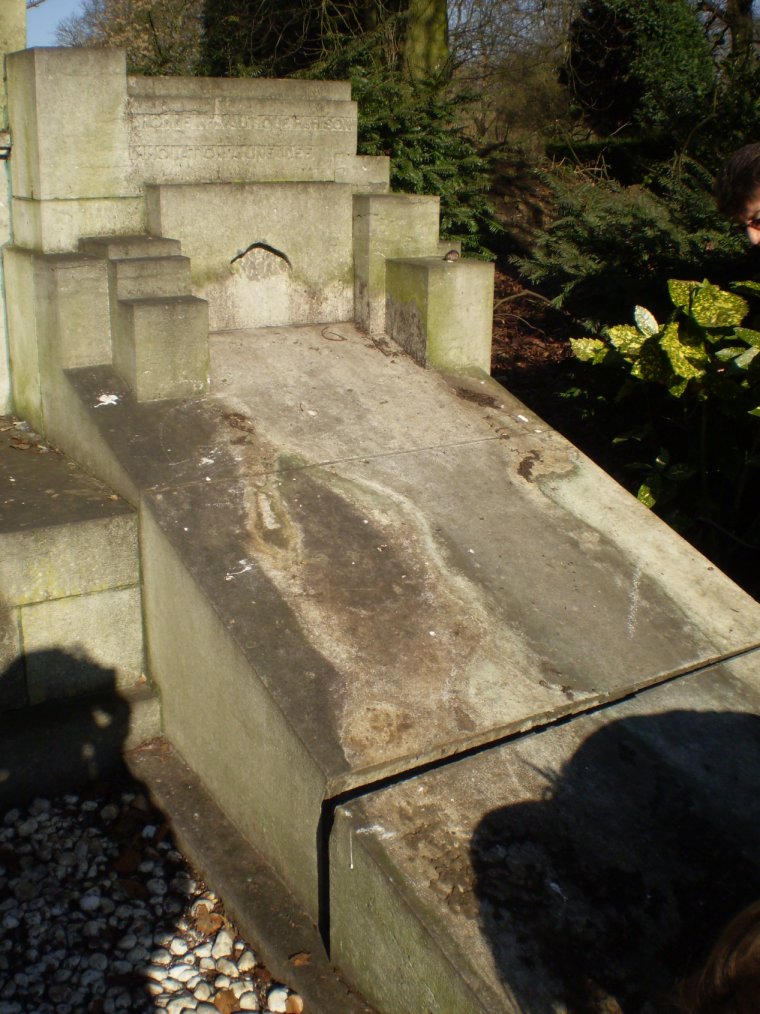 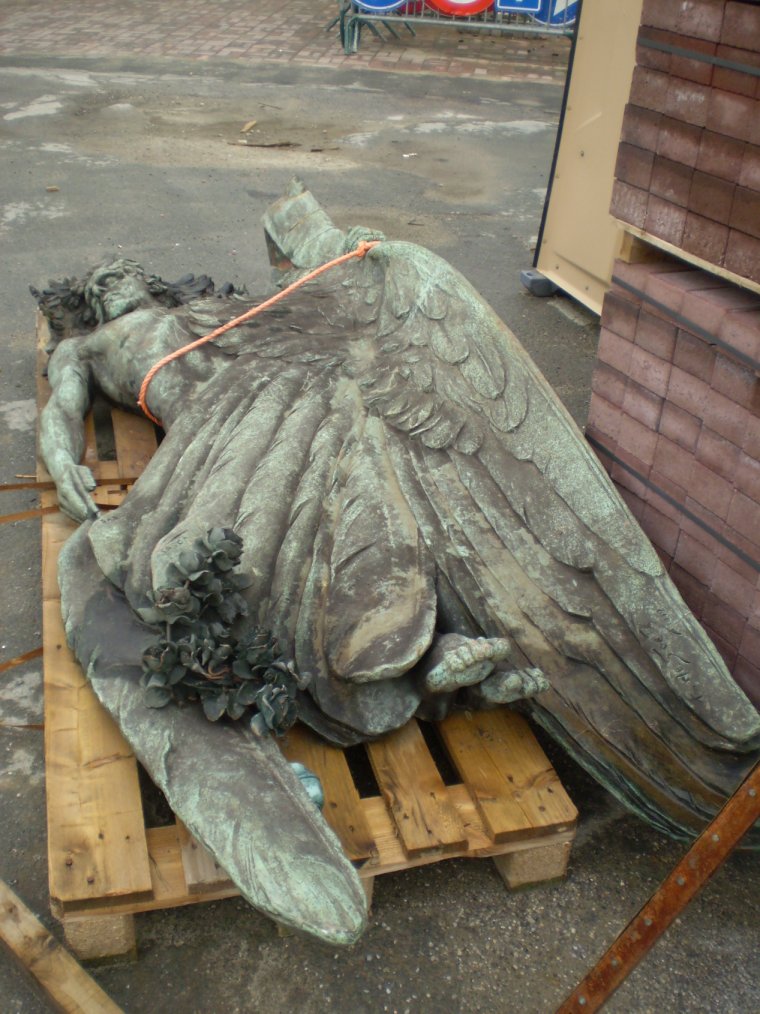 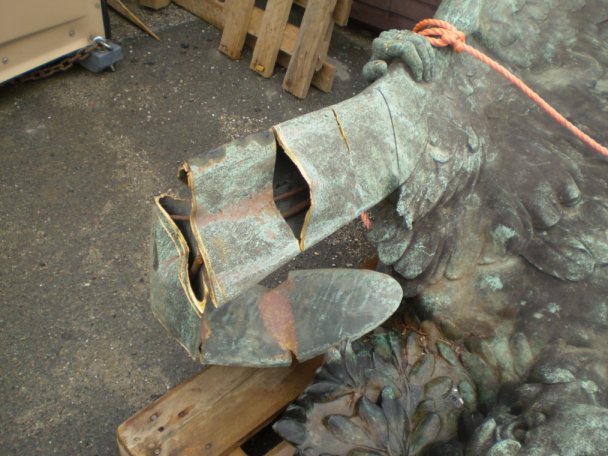 In September 2011 General Mandl contacts Wings of Memory and asks us if we see a possibility to repair the statue. Stefan Delannoit (member of Wings of Memory) and artist Michel Clocquet, who both realized the monument for the Belgian war pilot Mony Van Lierde, decided after a profound study to start the restaurationworks. 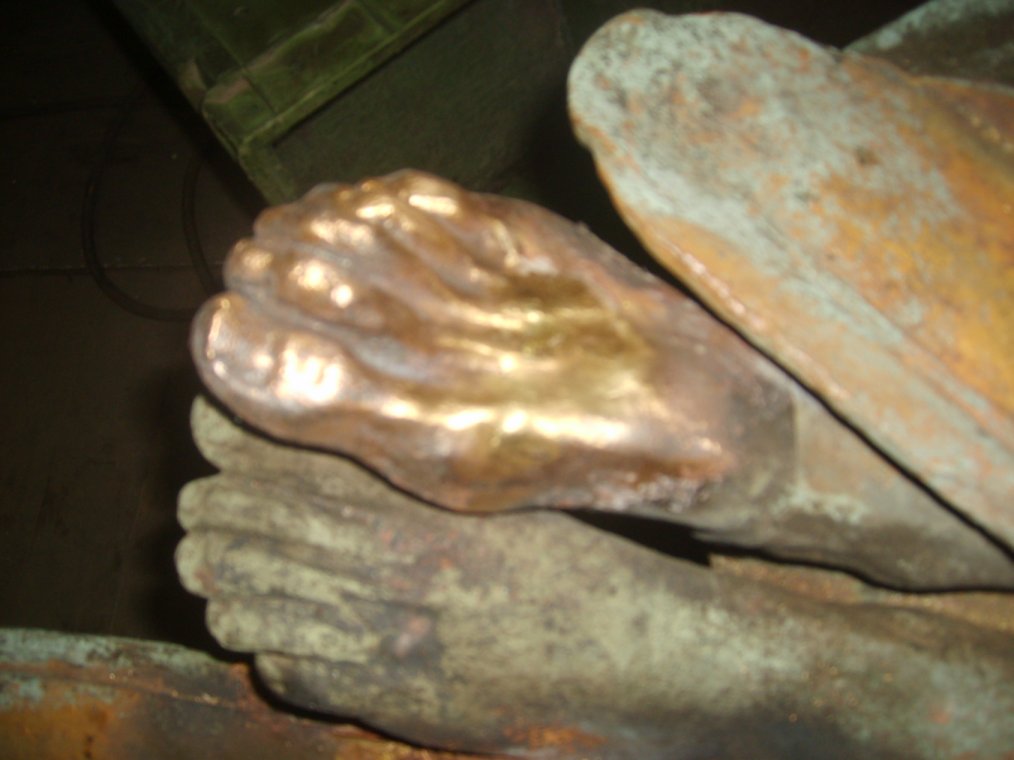 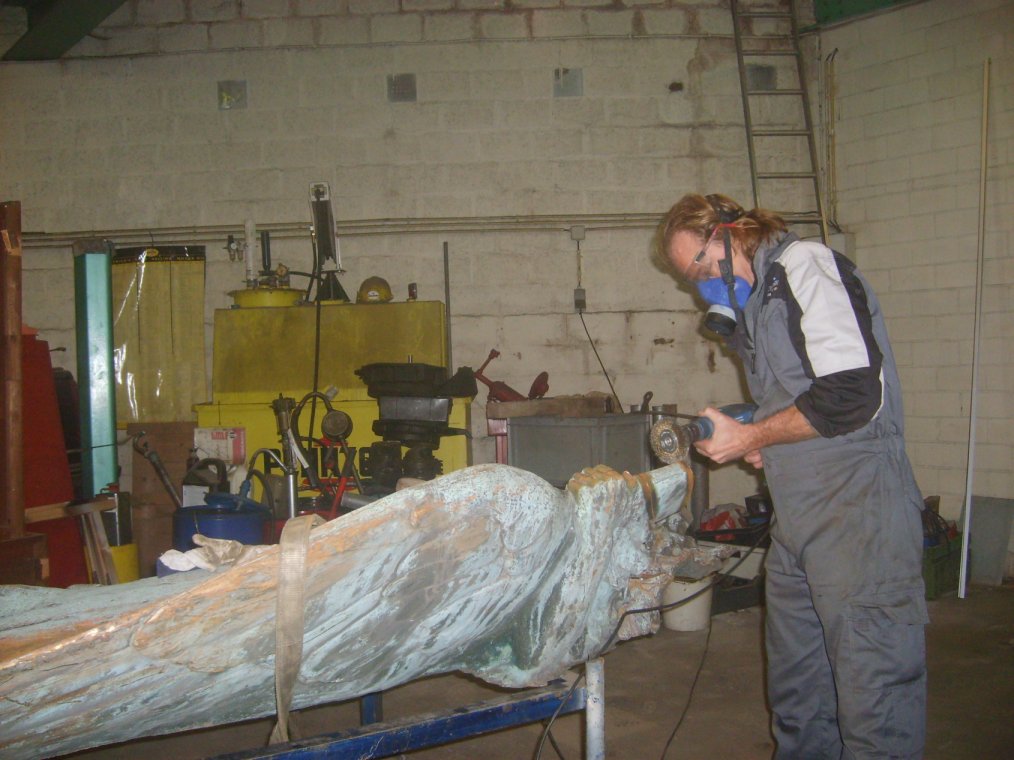 On May 2nd 2012 the restored statue is replaced on the grave of Georges Nélis by the members of Wings of Memory, Michel Clocquet and General (ret) Mandl. 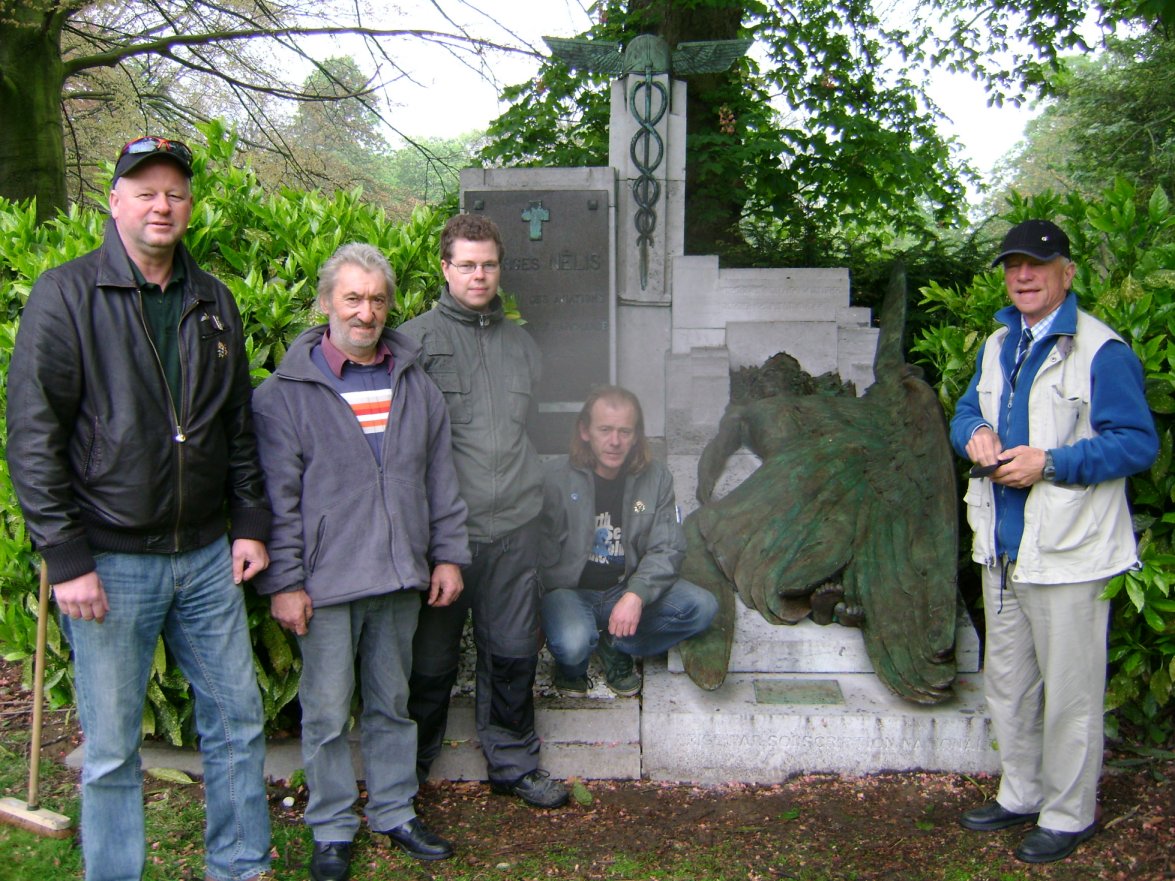 On May 23 2012, a ceremony was hold on the cemetery of Evere for the inauguration of the restored tomb of Georges Nelis. Representatives of Wings Of Memory and the “Vieilles Tiges” (former pilots) were present, as well as relatives of George Nelis. 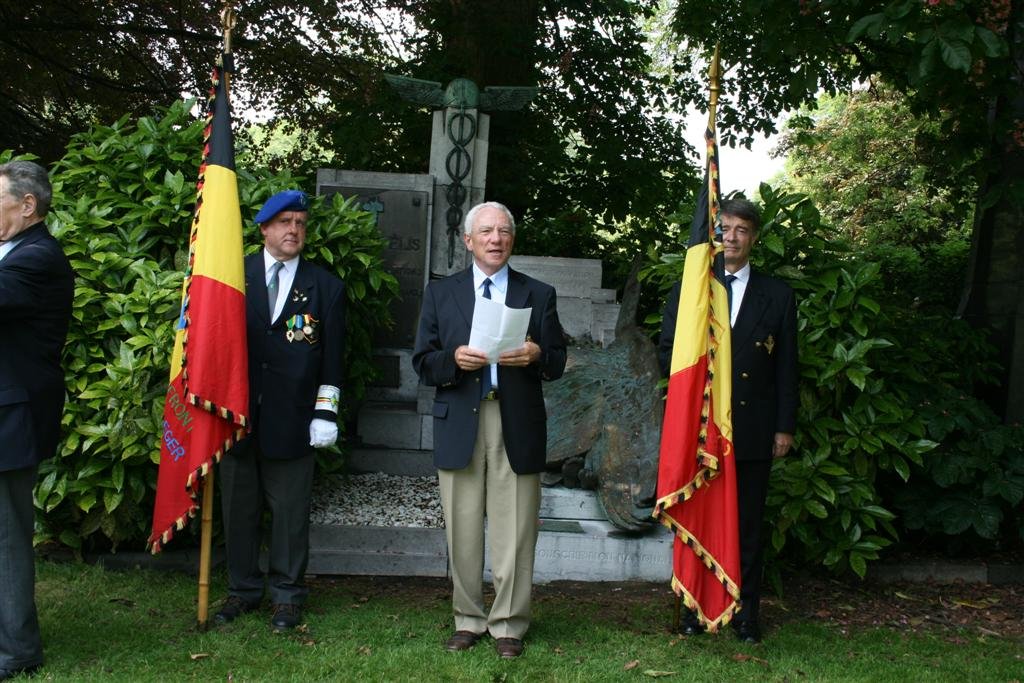 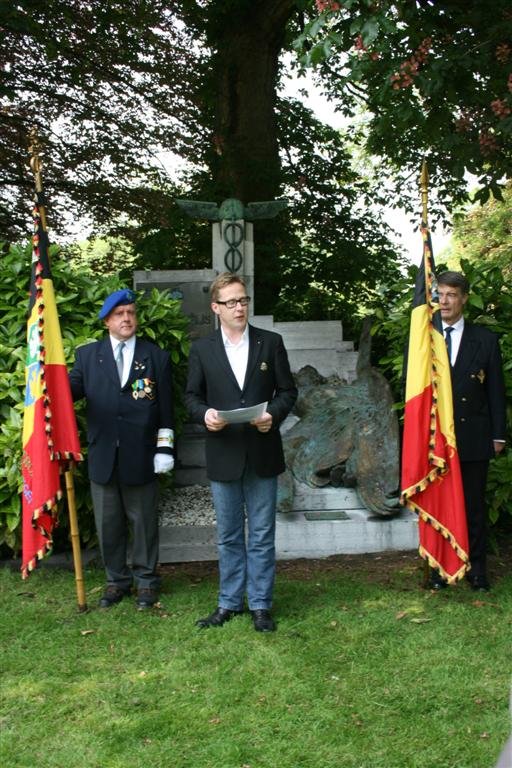 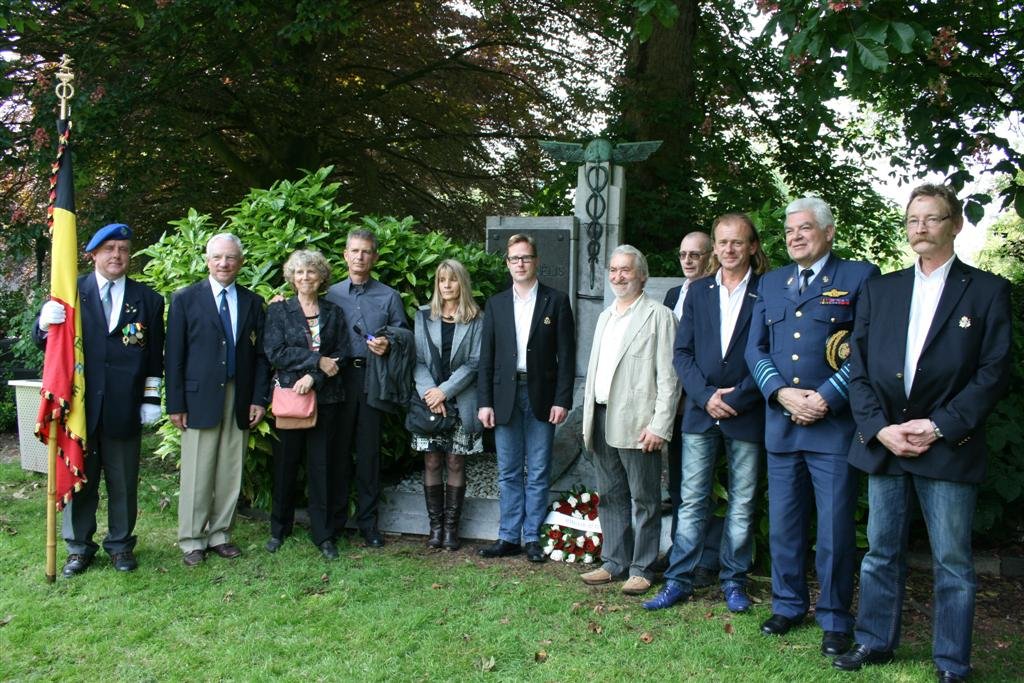 All attendeed admired the succesful restoration and thanked Stefan Delannoit and Michel Clocquet for the fantastic job. Now the monument of Lt Georges Nelis can be admired in all its beauty again. 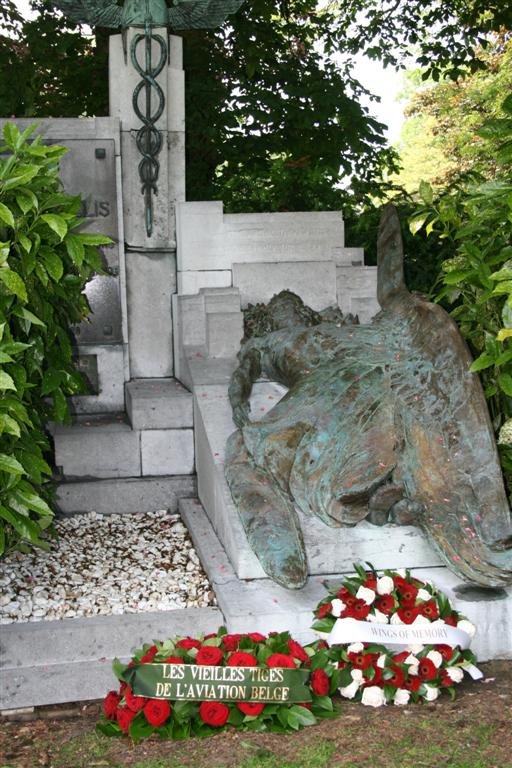